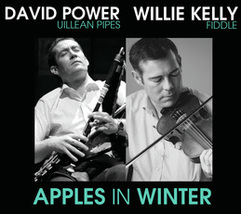 ​At once stately and buoyant, the pair embark on their odyssey with equal measures of grace and danger.' The Irish Times

"Kelly’s fiddle strikes a tone as old as the hills, richly evocative of Patrick O’Keeffe on the air Stór Mo Chroí. Power’s piping reaches deep into the core of the tunes. His Ace and Deuce of Piping variation lends this majestic tune a renewed elegance, beautifully punctuated by his richly rhythmical pacing and wide-open tone." The Irish Times

"There’s a magic to “Apples in Winter” that will resonate with people who love and admire traditional Irish music played with a stately air and a gentlemanly touch. Power and Kelly obviously prefer to put the music’s elegance first, but there is a vigor in their playing that completes the package and brings energy to the tunes they’ve selected." The Irish Echo 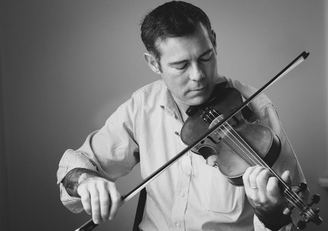 Willie Kelly, based in New Jersey, has performed extensively with renowned Galway flute players, Mike Rafferty and Jack Coen, both National Heritage Fellowship award winners. He accompanied both Mike and Jack at their respective induction concerts and has played at the Smithsonian Festival of Folklife in D.C.  In 2009, Willie released a highly acclaimed duet CD with Mike Rafferty called The New Broom.  More recently he recorded with concertina player Dymphna O’Sullivan as a guest on the recordings Bean Cairdin (2007) and Enriched (2014). 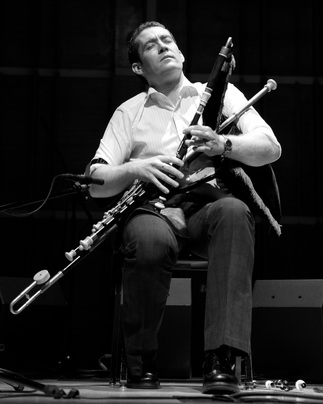 ​David Power, from Co. Waterford, toured American performing arts centers with the Masters of Tradition for three consecutive years, appeared on Broadway in the Eugene O’Neill play A Touch of the Poet, starring Gabriel Byrne, and has performed with poets Dermot Bolger, Seamus Heaney, Kerry Hardie and others. He has three solo piping recordings: My Love is in America, Cuaichín Ghleann Neifín and The eighteen Moloney. He plays with Ciarán Somers and Donal Clancy in the group Pipers Union and in duet shows with Willie Kelly and with Martin Hayes.
​