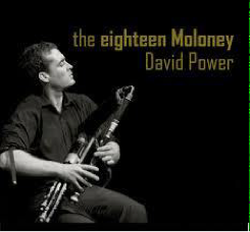 ​ The sheer breadth of expression captured by David Power will be enough to stop many listeners in their tracks." Irish Times

"This is great shelter for the storm tossed heart of man. He simply plays with stunning beauty." Timmy O` Sullivan

​​There are places of peace in this recording. There are places where you’ll tap your foot and want to dance. There are, as well, melodies that energize me; I feel stronger - maybe even braver - just by listening. It’s hard to explain, and maybe I shouldn’t try, but there are musical lines among these tunes that move me emotionally - not sadness, but it’s as if the music reaches ancient or genetic memories. If you’re a fan of Irish music, then you will - without a doubt - enjoy the eighteen Moloney. If you're a fan of a skilled musician doing what he does best, you'll enjoy this recording." Jim Pankey

The story behind an historic instrument, with an ancient sound. 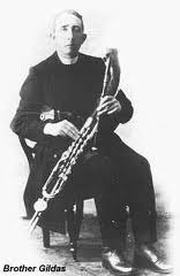 Brother Gildas O’Shea
﻿In November 2003, my friend in piping, Mal Whyte gave me an old chanter, once referred to as ‘the 18 Moloney’ which was made before the Great Famine in Co. Clare by Thomas and Andrew Moloney.  Archival material and in particular two letters from Brother Gildas O’Shea to Sean Reid show that it has been in the hands of notables of the piping world including Pat Ward, Brother Gildas O’Shea, Willie Rowsome, Jem Byrne, Sean Reid, Willie Clancy and Mal Whyte. ﻿


​On May Day 1959, the piping enthusiast Brother Gildas O’Shea wrote to Seán Reid about the Moloney chanter, calling it the 18 Moloney; “I am very pleased to learn that the 18 Moloney is to your liking.  Forty Five years ago, James Byrne (Piper) said of it – ‘It is a topper.  I would like to hear a set of pipes going with it.’  I do not think that it was ever fitted with a perfect reed to do it full justice” 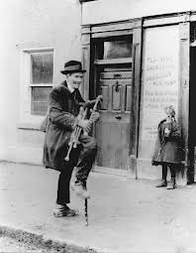 Jem Byrne, Piper
In another letter in 1959 to Seán Reid, Brother Gildas explains how he acquired the chanter;

“I was now in Bruff with no pipes but a false chanter......I had no chance of changing it, so I tried to manage some way with it till I got the 18 Moloney a year or two after. I learned that Pat Ward of Drogheda had the like, and I got 25/- from a friend. I got it from Ward for £1. I sent it to W. Rowsome for a reed and now with it playing somewhat correctly I felt like moving on.” 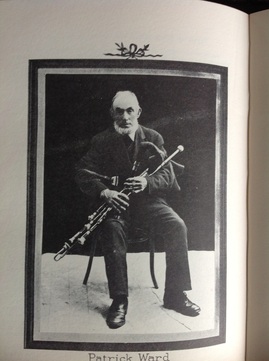 Thomas and Andrew Moloney of Kilrush in Co. Clare were pipemakers and players.  Francis O’Neill says of them in ‘Irish Minstrels and Musicians’

“Mr. Nolan of Knocerra, near Kilrush....knew intimately Thomas and Andrew Moloney of the same townland, who made on the order of Mr Vandaleur, a local landlord, what is claimed to be the most elaborate set of bagpipes in extistence.  Thomas was a blacksmith and Andrew was a carpenter, but both were great performers on the Union Pipes. According to Mr. Nolan’s story, they did not manufacture many sets of pipes...The date of their manufacture is not known, except that it was early in the nineteenth century, when the makers were in good circumstances.  As the young man for whom the instrument was intended met with an injury, it remained on their hands, unsalable because of its expensiveness. The Disastrous famine years ruined the Moloneys and they were obliged to part with their masterpiece for a trifling sum.” 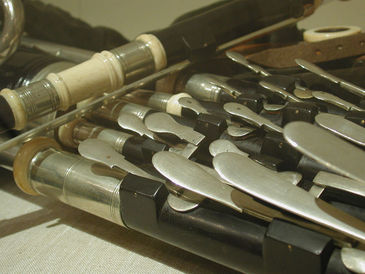 Detail of the Vandaleur Moloney set
The elaborate pipes mentioned, also referred to as the Professor O’Leary set are now housed in the National Museum in Dublin.  In addition to giving an interesting insight into the social and economic realities of the time, we can likely infer that the Moloney chanter was made before the advent of the famine.

In early 2007 I made a reed for the chanter on a rolled staple.  The reed needed to be quite open to get the bottom D and the hard bottom D to sound properly.  The pitch of the chanter is between B and B flat. Ciarán Somers and I acquired a B set of pipes from Florida in 2005 which had been owned by a Highland Piper called Donald McCorquodale III.  The pipes are stamped ‘Dan O’Dowd’, but the style of them clearly shows that they were made by Dan’s student, Johnny Bourke.  It was possible to adjust the pitch of the body to match the Moloney chanter by making longer reeds, extending the stock out of the cup and also extending the baritone regulator out of the stock, to accommodate the longer reed.

Sean Reid and Mal Whyte
Because of the relative openness of the chanter reed, the whole set, including the drones had to be set up to take very strong blowing.  The throat diameter of the chanter was found to be quite large.  I improved this situation by extending a copper wire out of the inside of the staple of the reed down into the chanter.  This effectively reduced the throat diameter, improved the ability to obtain the bottom D notes and meant that the reed could be closed down to more manageable pressures.  With the right reeds, the Bourke / O’Dowd B pipes are a very fine match for the large tone of the chanter.

It requires large jumps of pressure between certain notes.  Going from most notes to the  hard bottom D for example calls for a significant and sometimes rapid increase in pressure.  I have found that an economical approach with piping techniques gives best results.


Photos of Jem Byrne, Sean Reid and Mal Whyte courtesy of Na Píobairí Uilleann.
Thanks to John Touhy for providing the information on the letters from Brother O’Shea to Sean Reid.